What does this holiday season really mean for you?

It was filled with so many meanings for me in the past but it has changed a bit over the years.

Six years ago my house was filled with Christmas decorations, all over the house, each room had something in it.

Porcelain candles with little chimneys. The huge tree. Imported nativity scene and home-made stable. The front door red and green wreath. The back door a smaller gold one. The lounge was decorated with large wreath separating the dining room with red candy canes. Little African angels in the lounge. Wire Xmas trees everywhere. Two dancing father Christmas’ that I’ve had since the boys were little. The kids rooms had miniature trees, porcelain candle, a beautiful Xmas boot (stocking) hanging in the cupboard door. Permanent red table-cloth on the dining room table. Christmas carols. Growing pile of presents under the tree. Xmas crackers. Those silly hats. Tinsel just about everywhere. Numerous phone calls about where we were spending Christmas evening this year. Lots of debate around the food!

Then six years ago my dad passed away – that was 23 December 2006  – and when that tree came down it went straight to Avril Elizabeth Home along with most of the decorations.

The happy silly season was officially over for us, especially for me.

All I know is that in 2008 we sort of had Christmas again because my sister was visiting from Italy and that is when I met my ten month old nephew – there was a tree of some sorts and a bit of fun and laughter around the presents and dress up of Father Christmas. Still no tree in 2009 we traveled to Cape Town for the holiday and then in 2010 we went to the bush and spent the holiday with lions and the camel thorn tree instead of the one with shiny lights and baubles. That was the new normal for us.

I did buy a small fiber-optics-tree somewhere in the last six years but it’s awful. The boys hate it, and so do I but I just can’t get myself into the mood of standing on chair and reaching the top to put the star and decorating the house like I used to.

Time passes and the wound has healed but when we get to this month it still does not feel right. The meaning of Christmas has changed for me.

Its 2012 and we are going down to Kenton-on-Sea we are back in the early new year so there really is no point in decorating. No one will see it, we are not home to enjoy it anyway. In the mean time I am preparing for the great big baking marathon, there are gifts neatly wrapped and Xmas crackers and pretty serviettes and the red table-cloth is going with.

With a bit of faith & bravery, talking to sheep and walking in the rain, it’s the life of an expat.
New beginnings, missing the old and familiar, loving the new and unknown.

The Limousin have moved in.
Slow down and listen to the stillness of the night 🌒
A water mill that has been restored and beautifully looked after for generations.
Today I got to pet a calf and then we took a selfie together 🤎 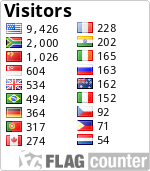